The DBV 2 cooling valve is used to decrease the temperature of boiler fired with solid fuel, which is not equipped with cooling heat exchanger. The valve has two levels (upper and bottom). The bottom level is intended for discharging of hot water from the boiler and discharging it to the drainage system and the task of the upper level is the equalization of pressure in the system using cold water from water main system and cooling of the boiler’s heat exchanger by the introduction of cold water into it. Both levels of the cooling valve are opened at the same time when the system temperature reaches 97°C.

The DBV 2 cooling valve should be placed close to the boiler, in a location where the temperature reaches the highest value. Usually, it is a location in the upper part of the boiler near the hot water outlet.

Thermostatic element located directly in water immediately reacts to change of the temperature. The knob located at the valve allows manual starting (similarly as in the safety valves). The valve can be installed vertically and horizontally. During vertical assembly, it is necessary to pay attention to ensure that the hot water outlet is located downwards. It is forbidden to install the valve with head directed downwards.

Opening and closing of the valve are controlled by independent thermostatic elements - if one element fails, the valve will remove a sufficient amount of heat. 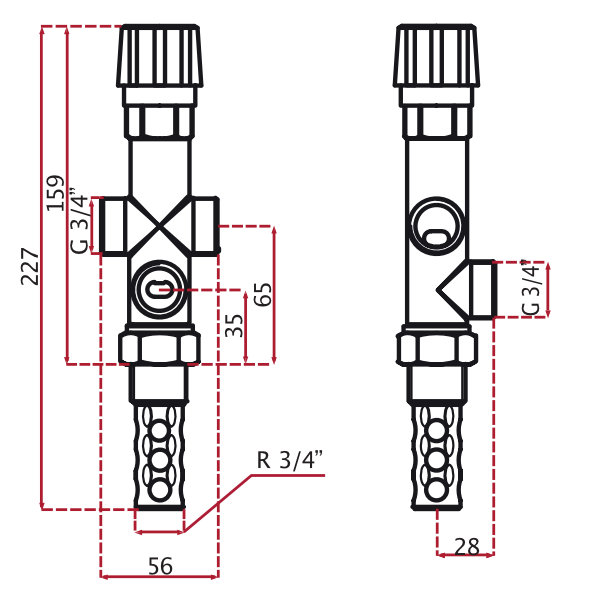